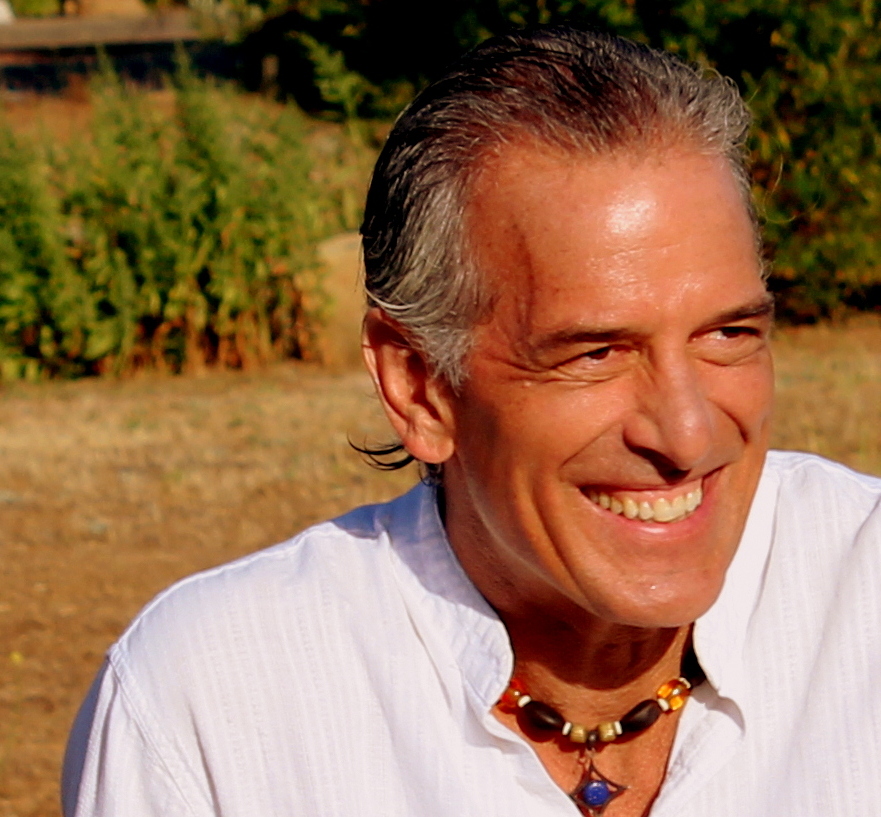 SMITTY WEST- Our Master of Ceremonies

Returning as emcee, Smitty is a well-known Ojai community leader, musician and producer. He has lived here for 20 plus years and has been selected one of “Ojai’s Living Treasures”. He is past president of the Rotary Club of Ojai, leader of Ojai Songwriters Anonymous, director of “Rockin’ It Old School” seniors chorus, and owner/manager of Euterpe Farms, a native plant farm where he lives and produces music and plants! He is one-half of the popular vocal duo “Smitty and Julija”.You can find more about Smitty here! 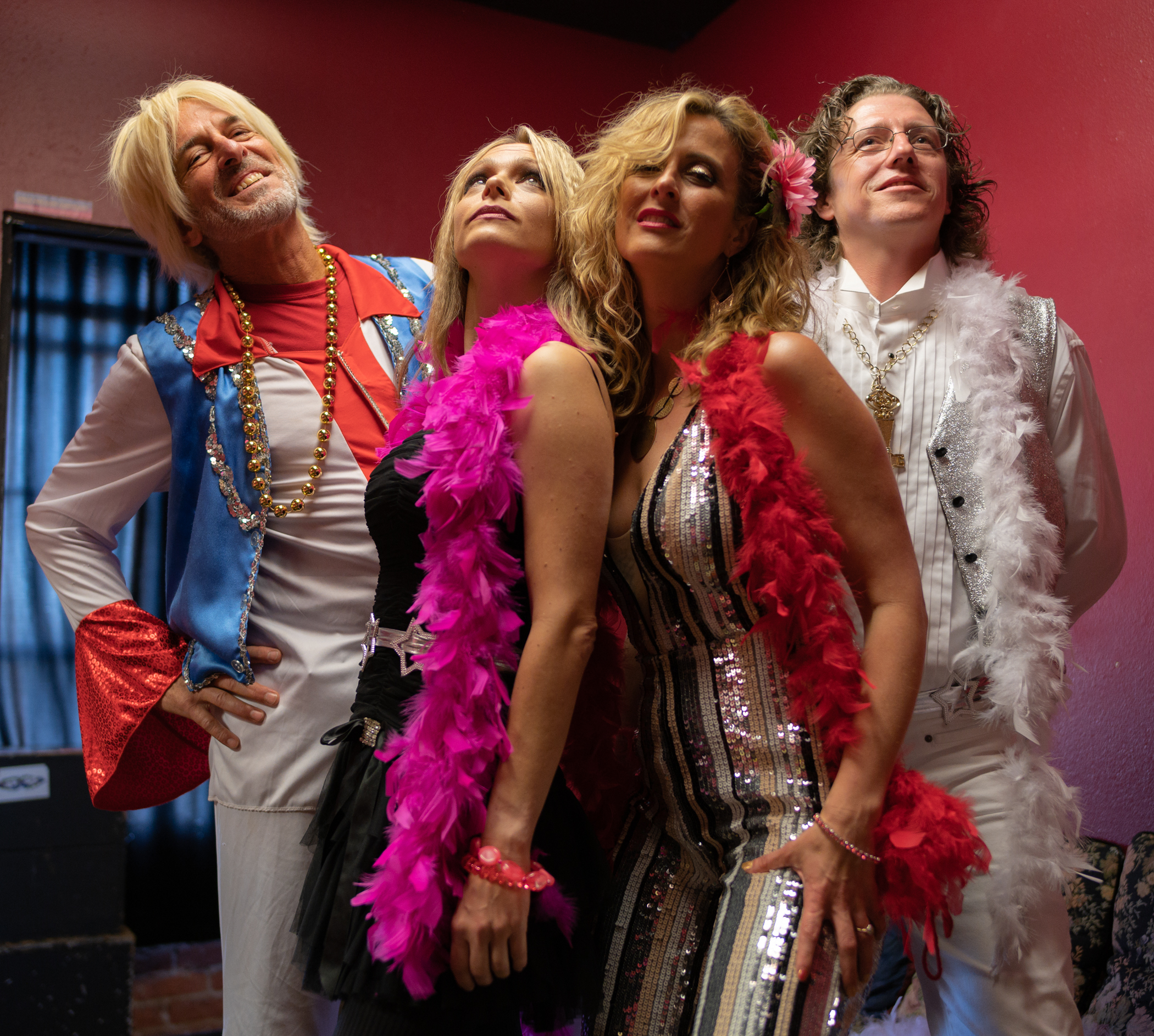 ABBA DABBA DOO has been delighting fans of the Swedish disco/rock group since 2016.

The band is Southern California-based, and  has performed their act in the US and Europe.

Lead singers Julija Zonic and Sanya Mateyas grew up together in Croatia and were performing together since they were teenagers on stage and television in Europe. They both ended up in the US with different entertainment trajectories, Sanya as a singer and actress in Los Angeles and Julija as a singer with a touring musical and now as a partner in Smitty and Julija.

ABBA DABBA DOO brought them to the stage again together again, where they front a backup band headed by Smitty West Greg Weiser, and Corey Highberg.

Both Smitty and Julija have also performed and directed productions of the ABBA musical stage show Mamma Mia to 17 sold-out audiences at the Ojai Arts Center Theater as vocal directors and Smitty acting and performing as Bill Austin. 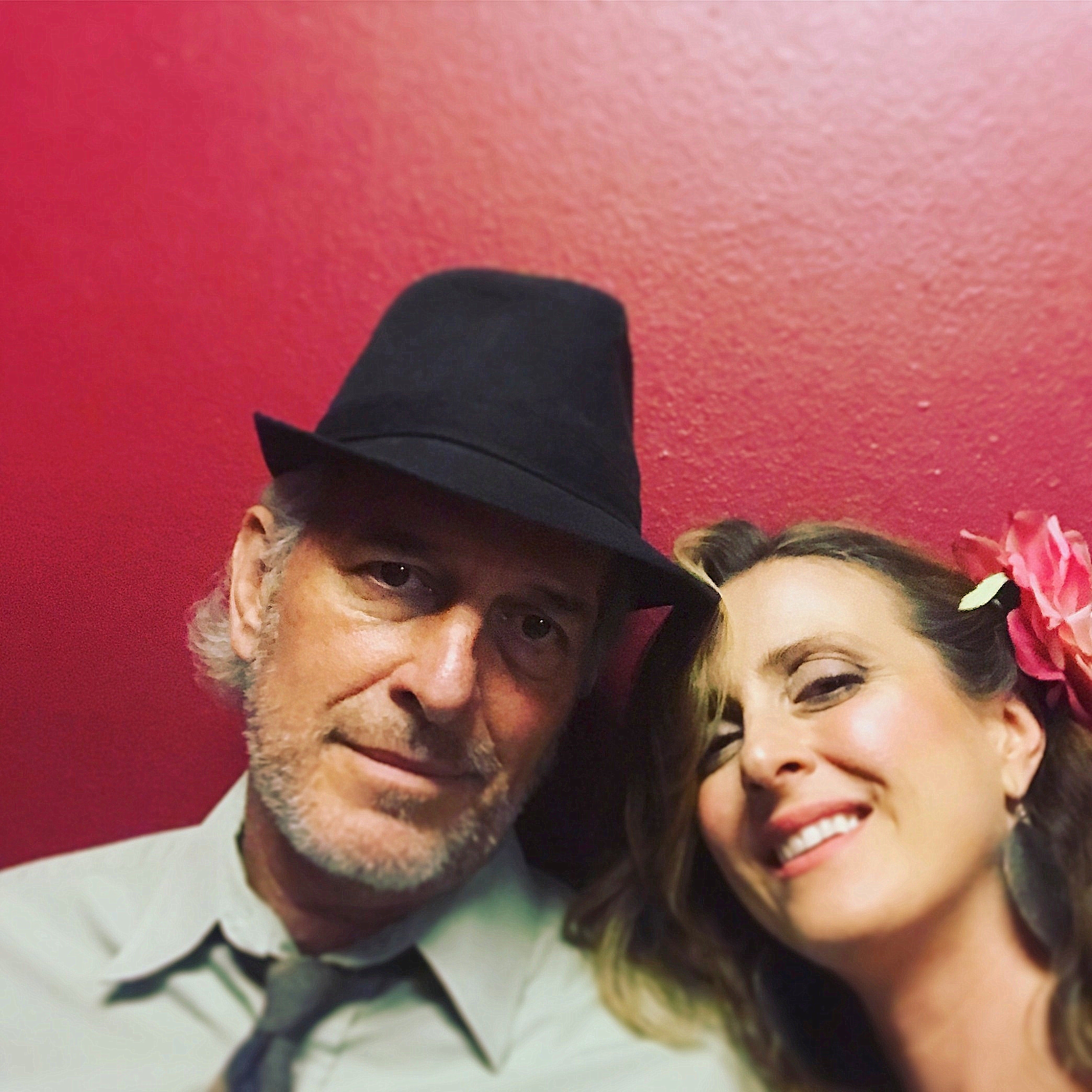 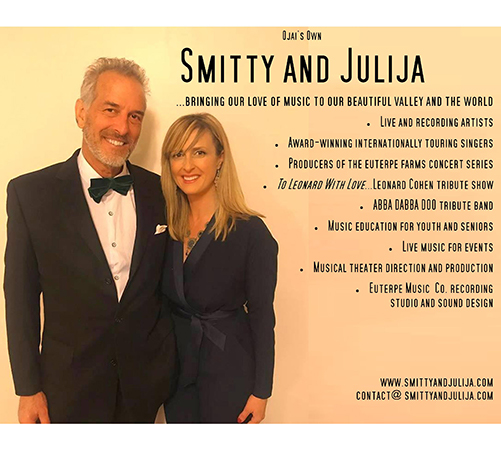 Smitty and Julija are Ojai, California-based artists known worldwide for their beautiful soothing sound, featuring paired vocal harmonies and sensual interpretations of both their original music and songs from their favorite singer/songwriters.

They are principals in the ABBA tribute band, ABBA DABBA DOO, and also for their concerts honoring the memory of Leonard Cohen.

Julija Zonic (she responds with a smile to  “Julia” or her native “Yooleeya”) is a Croatian-born singer, songwriter living in Ojai since 2008. A professional entertainer since childhood, her rich, sweet vocals and dynamic range cut across all song styles. Julija was a well known young television and stage singer in the pre-war former Yugoslavia, before emigrating to the US in 1999. Her songwriting reflects the complexity and intimacy of relationships, and is influenced by her Eastern European roots.

Smitty and Julija can perform as an intimate duo with piano and accordion, a trio adding bass guitar, or with a full band backing.

Their recently-released album of original songs, “Made In Ojai” follows their top-selling CD and digital album, “To Leonard With Love,“ a tribute work to the songwriter Leonard Cohen.  Their singer-songwriter influences include Tom Waits, Nick Cave, Simon and Garfunkel, Edith Piaf, The Beatles.

They perform regularly in the artist enclave, Ojai, CA at The Vine, and the Ranch House, and were well-known for their 8-years at the Il Giardino Italian restaurant, closed in 2014. They also host and perform at the annual Euterpe Farms Summer Concert Series, which attracts talent from the region.

The views and opinions expressed by the speakers and entertainers at the OVLF and on their websites do not necessarily reflect the policy, position, or opinion of the Ojai Valley Lavender Festival.